First Mode uses cookies and similar technologies to recognize your repeat visits and preferences, as well as to measure the effectiveness of campaigns and analyze traffic. Here is additional information on our privacy policy.

When it comes to the human memory, psychology research has shown that bad is stronger than good. Negative experiences and events tend to stick with us more than good ones. However, just because a bad memory dominates does not mean that good things didn’t happen.

The majority of space scientists and engineers have a negative opinion of NASA’s 1990s “Faster, Better, Cheaper” (FBC) era. The space community’s collective memory of this period of low-cost space exploration focuses on the failures. In doing so, the successes and lessons learned have been lost to the sands/regoliths of time. Here’s why that’s a mistake.

While 1970s NASA missions such as Viking (to Mars) and Voyager (to the outer solar system) were/are successful, they were developed using the Apollo-era methodology of spacecraft development, where staying within budget is less important than success. The Apollo program required weaving together the efforts of 300,000 individuals working for 20,000 contractors and 200 universities in 80 nations, no small managerial feat (Johnson 2002). To ensure success in the face of incredible complexity, NASA employed “systems management” processes from the military.

Systems management involves “highly structured, rigid procedures for tracking design changes and wedding them to cost, schedule, and the proper functioning of other subsystems” (McCurdy 2003). Specific practices include functional redundancy and strongly hierarchical project management. It is effective but also expensive: at the peak of the Apollo era, NASA commanded 4.41% of the federal budget (Johnson 2002).

Post-Apollo NASA missions have never had the level of congressional support, political willpower, and funding that the Apollo program enjoyed, yet they still used expensive systems management processes. Galileo (a Jupiter orbiter), Magellan (radar mapper at Venus), and Mars Observer (orbital mission) were developed during the 1980s. Each experienced cost overruns and delays, causing a self-enforcing spiral of increasing cost and risk avoidance (McCurdy 2005).

Risk is a combination of the probability of an undesirable event and its consequences. There are different flavors of consequences: technical, cost, schedule, safety, political. As a project becomes more expensive, the financial consequences of failure become more dire. That risk can be mitigated, but those procedures are expensive, increasing the cost, thus increasing the risk…ad infinitum.

Because of spiraling costs and schedules, NASA did not launch a single planetary mission between 1978 and 1989. Any data returned during that period was from spacecraft that had already launched. Concurrently, the Space Shuttle program had been pitched as a way to create reliable, low-cost human access to low-Earth orbit, yet it failed by that metric. NASA needed an outsider to shake things up.

In 1992, Daniel Goldin was appointed NASA Administrator with the directive to cut costs without sacrificing performance. He came from the aerospace industry and had a record of success with low-cost projects. He summed up NASA’s situation up nicely:

“There’s a paradox at work here that creates a downward spiral. Launching fewer spacecraft means scientists want to pile every instrument they can onto whatever’s going to fly. That increases the weight, which increases the cost of the spacecraft and the launcher. Fewer spacecraft also means we can’t take any risk with the ones we launch, so we have to have redundancy, which increases weight and cost, and we can’t risk flying new technology, so we don’t end up producing cutting edge technology. “

Goldin did not create the principles of FBC—they are rooted in the Air Force “Skunk Works” groups started in the 1940s. FBC practices were never formalized by NASA, which was flagged by a 2001 internal audit from NASA’s Office of the Inspector General as one of the reasons for the 4 mission failures that occurred in 1999 (Gross 2001). However, McCurdy (2003) identified 3 defining characteristics for FBC missions:

“Cheaper” and “faster” are intuitive descriptors, but what does “better” mean? In this context, better did not mean that a spacecraft built using FBC methods had better data than a traditionally managed one, but rather that there was a better relative science return for the money spent. This was accomplished primarily in 2 ways:

The motivation for Faster, Better, Cheaper was not simply to save money, but to use the constraints as a motivation to develop creative engineering solutions to technical challenges in space mission development.

Using his definition above, McCurdy (2003) counted 16 FBC missions. [Note: Dillon and Madsen (2015) used a different definition, counting 28 instead. For self-consistency here and because I question their interpretation, I’ll follow McCurdy’s definition.] McCurdy’s list includes 16 missions that launched between 1996 and 1999 under 5 NASA Science Mission Directorate Programs that spanned planetary science, Earth observation, and astrophysics:

Missions marked with an asterisk were considered failures (5 spacecraft failed in space; 1 project was canceled), putting the overall FBC success rate at a paltry 63%. This low success rate—and the fact that 4 of them occurred in one year, 1999—are what linger in the space community’s memory.

Today, utter the phrase “faster, better, cheaper” to aerospace executives, and you’ll probably hear the knee-jerk response “pick two!” There is a mentality that high-reliability, low-cost missions are impossible. This response is a fallacy and a product of the human tendency to remember bad events over the good, as I previously described.

For example, an examination of the timeline reveals an often-missed observation: the first 9 of 10 missions were successful, a 90% success rate. The FBC approach broke when proposed missions began getting more ambitious without a change in schedule and cost cap. The early successes made everyone overconfident and the missions became too aggressive for their constraints, leading to failures (Launius and McCurdy 2005):

“In hindsight, it becomes apparent that [NASA’s] success in the nineties had led the review and selection committees to accept very ambitious and complex proposals with a very high science return on budgets and schedules that were quite optimistic.”

By the time I joined the planetary science community about 10 years ago, the collective memory and oral history of how FBC planetary missions were executed had been lost even while the science results were still being dissected. I’ve worked with planetary scientists who worked on those missions yet only learned about what made FBC missions unique through writings by NASA reports, reviews by historians, and conversations with engineers I know who worked on FBC missions.

It’s not surprising that scientists care more about science than engineering and strategy, but decoupling them when we discuss missions is naïve at best and self-defeating at worst. It’s self-defeating because the space community’s takeaway was that FBC doesn’t work, despite the incredible ground-breaking technology and science that resulted from it.

In an effort to correct the planetary science community’s impression and memory of FBC, here are some facts that changed my perception of the era.

An obvious counter-argument is that the FBC spacecraft may have been cheap, but they were also a lot less capable than larger spacecraft with many more instruments. True. Cost reduction happens in part by reducing capability, e.g., Pathfinder didn’t have an orbiter, and Viking did. However, FBC missions resulted in more scientific publications (a proxy for science return) per dollar spent than traditionally managed missions (Dillon and Madsen 2015). The ability of the FBC approach to increase the science return from finite funding is a missing yet critical part of the space community’s narrative about the Faster, Better, Cheaper era. 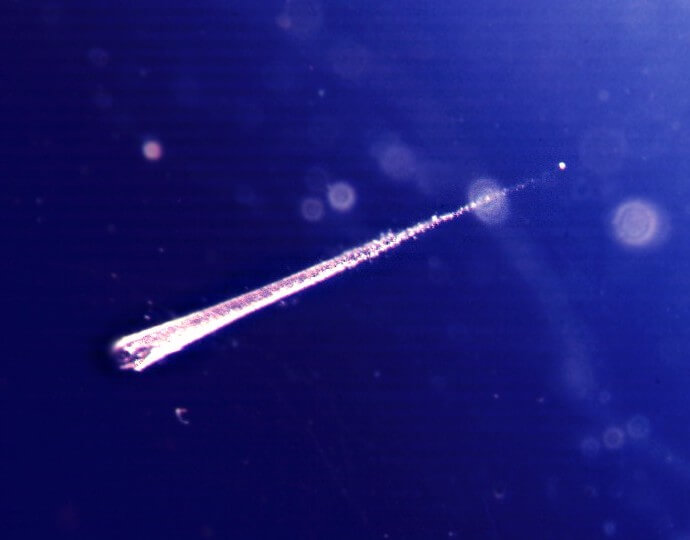 Looking to the Future

I believe that to better explore our solar system using finite funds, we must (1) leverage the capabilities of small spacecraft and (2) revisit the practices of NASA’s Faster, Better, Cheaper era. A spaceflight milestone was reached in November 2018, when the tiny MarCO CubeSats successfully relayed InSight’s entry, descent, and landing data to Earth. When universities first started using CubeSats to teach students how to develop space missions, few people took them seriously as “real” spacecraft. MarCO proved that the CubeSat concept can work in deep space.

Let’s use MarCO’s success as a rallying point for how small, low-cost spacecraft can be used in novel ways to further solar system exploration. They will never fully replace large spacecraft, but they do open up opportunities for creative mission architectures, such as swarms and constellations.

20+ years after the FBC era, we have the benefit of lessons learned from failure as well as incredible technology miniaturization—just look at the pocket computers we carry around as phones. It’s time to revisit the mission development practices that saw the scientific and technical successes of NEAR-Shoemaker, Mars Pathfinder, Stardust, Lunar Prospector, and Mars Global Surveyor.

But the change must begin with the space community’s collective memory and how we frame the narrative of NASA’s Faster, Better, Cheaper era. As McCurdy (2003) put it:

“The largest obstacle to low-cost innovation is the belief that it cannot be done.”

The above article was originally published on Elizabeth Frank’s personal blog, Colliding Worlds.

Launius, Roger and Howard E. McCurdy, Eds. (2016) Seeds of Discovery: Chapter in the Economic History of Innovation within NASA.

Want to work with us? We’re hiring! First Mode draws on the exceptional talent and creativity of its multidisciplinary team to solve the toughest problems on and off the planet. Check out our open positions in Seattle and Perth.

From Exploring Mars to Decarbonizing Mining

Learn About Engineering at First Mode from Maggie Scholtz, VP of Engineering